COVID Continues to Impact the Poor 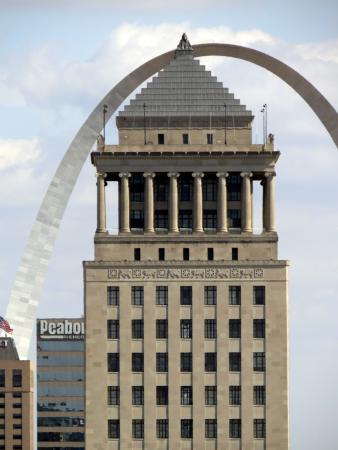 The ripple effects of COVID-19 continue to affect the poor in St. Louis. Vaccines can immunize people from the illness, but there is no vaccine to eliminate the devastating impact of job and income losses that the pandemic has created.

I was recently interviewed by Christianity Today for a story that ran in the February 16th edition (a link to this article can be found on our website). As the article notes, poverty has long been a problem for the working poor in St. Louis and other urban areas, even before the pandemic. You need to look no further than previous editions of this newsletter to conclude that financial exploitation of the poor is a long-term problem that has been exacerbated by COVID-19.

The Christianity Today article cited a 2001 New York study that determined that 51% of all unrepresented tenants lost their cases in New York City’s housing court, but only 22% of clients with legal

representation lost theirs. From our observation, those statistics are probably much better than what we had in pre-pandemic St. Louis City, where an estimated 85% of un-represented individuals lost their cases and were evicted.

In the experience of NCLS, we have only had one case where a tenant lost an eviction hearing. In a vast majority of our cases, we are able to work out an agreement to either allow our clients to stay in their residence or have them move out but without the stigma of an eviction on their record. In a few very aggravated cases, we have successfully asserted counterclaims and actually obtained damages for our clients and attorney fees for NCLS. The experience of Legal Services of Eastern Missouri and other organizations serving tenants is similar.

One of our current clients illustrates the pandemic’s effect in graphic detail. Our client, who we will call “Susan,” is a 24-year-old single mother who moved into a relatively nice apartment complex in the Midtown area of St. Louis City in July of 2020. She lost her job due to the pandemic, but she obtained enhanced unemployment compensation which was sufficient to cover her rent and basic necessities. Unfortunately, shortly after she moved into her apartment, the federal government unemployment subsidy ceased, and her compensation plummeted dramatically. Her land-lord sued her for alleged past due rent and for an eviction. Susan attempted to represent herself, but she was no match for her landlord’s experienced attorney. Her efforts to engage in self-representation were further hampered by the fact that the trial was conducted virtually. Susan had limited computer skills and experienced difficulty submitting exhibits and presenting her case effectively as a result. She lost her case and got an order for eviction and a judgment against her for over $6,700.

Susan came to NCLS a few days after she lost her case. We filed an appeal on her behalf. Within a few days, the attorney for the landlord dismissed the case. In the meantime, however, we advised Susan to move out of her apartment so that the monthly rental fees of $1,200 did not continue to accumulate against her.

In January of 2021, a little over a month after the eviction, the landlord began sending her letters threatening her with another lawsuit, claiming she owed them over $20,000. Amazingly, the landlord alleged that she owed rent for the eight additional months left on her lease at the time she moved out. Additionally, late fees and attorney fees were assessed. This was despite the fact that the landlord had forced her to move out with an eviction suit!

That was not the end of Susan’s pandemic-related financial issues, however. Late last year, the Missouri Department of Labor (“DOL”), which oversees unemployment compensation, sent a threatening letter to Susan notifying her she had been “overpaid” on her unemployment. The State in-formed Susan that the DOL planned to take legal action against her if she did not pay back the monies which totaled thousands of dollars. Susan was one of 45,000 Missourians who received such a letter. The State decided to proceed with this action against recipients of enhanced unemployment despite the fact that officials concede that they voluntarily sent the “overpayments” to 45,000 Missourians. There was no fraud involved by Susan or any of the recipients of the alleged overpayments! Fortunately, a number of lawmakers in Missouri were upset and angered by the approach the DOL was taking. At this time, legislation is moving through the Missouri House and Senate to block the state from pursuing the collection of the alleged overpayments that they made to Susan and many others.

We are continuing to work with Susan, and we stand ready to bring legal action against either her former landlord or the state if either entity follows through with the threats that have been made to her. As the Church, we need to be “first responders” to injustice. At NCLS, we are humbled and honored to be called to be a part of that mission.

In a 2019 newsletter article entitled “Insurance Runaround,” we reported on the case of the young man who experienced abusive treatment at the hands of an insur-ance company. The young man had been legally driving his car on Interstate 55 when another driver lost control of his car and crashed into the median. His car was headed in the wrong direction on the highway. Our client was able to slow his car down sufficiently to avoid either driver suffering injuries, but both his car and the driver’s car were totaled. The insurance company for the other driver alleged that our client was 80% responsible for the accident despite the fact that the other car caused the accident. Not only did the insurance company refuse to pay for the replacement of his car, but they attempted to collect on an additional $8,000 for the damages to the other driver’s car.

This story had a happy ending as we filed suit in St. Louis City Court and succeeded in obtaining all our client’s dam-ages plus attorney fees. After we became involved and for-warded demand letters to the insurance company and its collection agency, the demand was reduced, but the com-pany still insisted that our client bore a percentage of fault. We filed suit in St. Louis City Circuit Court and obtained a settlement declaring that our client had absolutely no fault in the accident. The insurance company also paid our cli-ent’s legal fees.

Since the beginning of the year, we have also obtained favorable settlements for two other clients. In one case, a husband and wife were sued by a landlord in North County who refused to make repairs to their apartment and then tried to evict them when they failed to pay rent as a result of the uninhabitable conditions of the apartment. We obtained a settlement that allowed our clients to move out of their apartment, and the landlord agreed to forgive all the rent that allegedly was past due.

On another case, NCLS attorney Brandi Miller was able to get a default child support judgment set aside for a man who spent many years in prison and was never properly served with the paperwork to inform him of the judgment. In other words, the $45,000 of debt that was accumulated during the time period he was in prison was forgiven. We strongly believe that absentee fathers should pay child support for their children, but we also believe it is unjust to demand payments from individuals who are in prison and unable to generate any income as a result.

Maurice Cox has returned to Texas and is residing with his mother. Cox is the young man who was highlighted in our last newsletter who received a 45-year prison sentence as a result of a string of burglaries in St. Louis City in 2011. We obtained a reduction of that sentence to 12 years and the Missouri Department of Corrections made a decision to immediately parole Cox based on the sentence reduction. Cox is actively involved with a ministry serving ex-offenders called The Potters’ House Prison Ministry founded by noted megachurch Pastor T.D. Jakes. Maurice has already obtained employment and is actively pursuing purchasing a car and living independently. 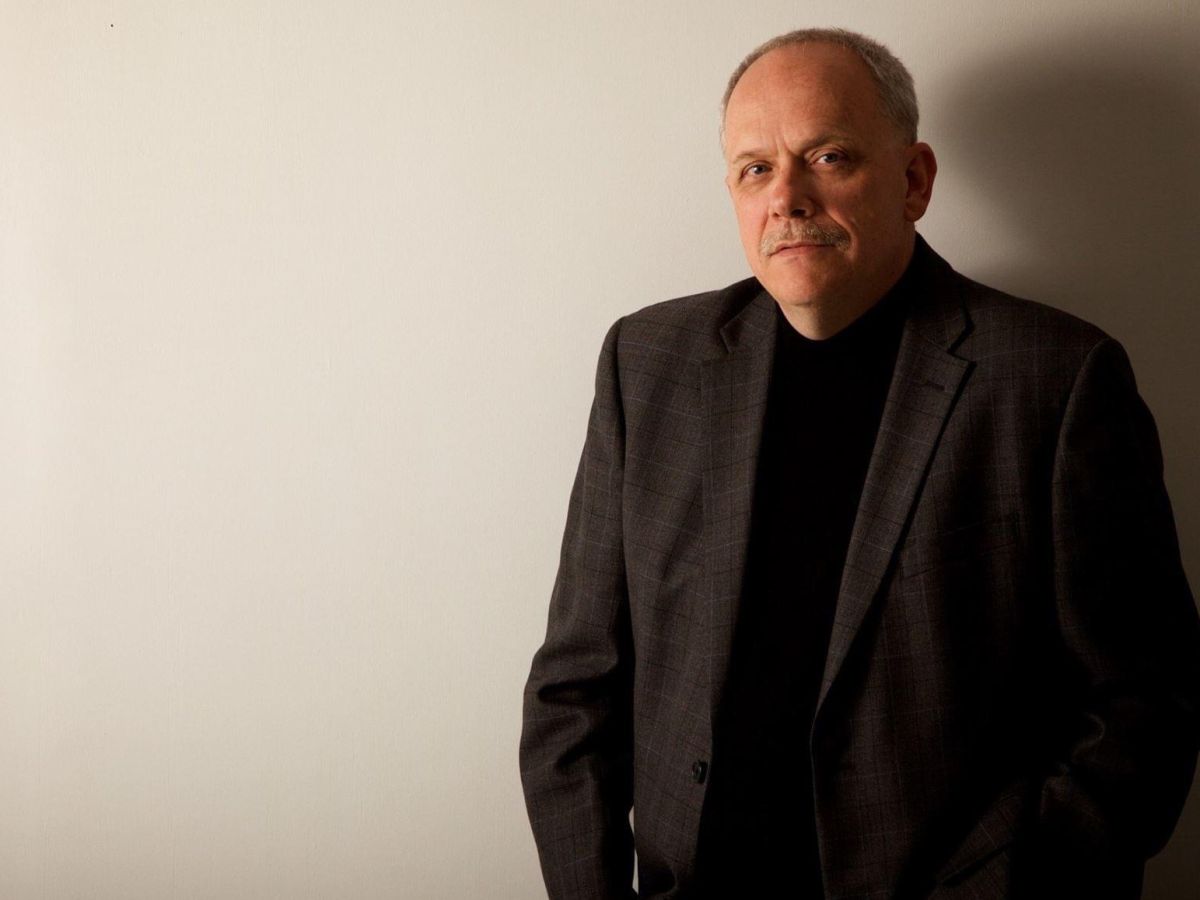 The NCLS family was rocked recently by a tragic accident that left NCLS Board President, Dr. Hal Bush, in a coma. Hal, who has served on the NCLS Board since 2015, was critically injured when he suffered a serious fall down the basement steps in his home in South St. Louis on the evening of January 21st. He was rushed to SLU Medical Center where he remained until recently. He is currently at a BJC skilled nursing facility. Although Hal has never regained consciousness, there have been encouraging signs recently, including an increased level of responsiveness to various stimuli.

His wife, Hiroko Bush, has been at his side on a daily basis and is being supported by many in the faith community.

NCLS Board members Melissa Elliott and Gary Leibovich have been two of the most active, providing support to Hiroko in this difficult time. This is the second NCLS Board member who has suffered from serious medical problems in the past year. In July of 2020, Eddie Jones, the Vice President of the NCLS Board, suffered a stroke while riding his bicycle to work in North St. Louis County. He has made a good recovery but is still confined to a wheelchair after being hospitalized for approximately ten weeks. He is at home and rehabilitating. Eddie has assumed the role of acting NCLS President in Hal’s absence. We ask all NCLS friends and supporters to continue to lift Hal and Eddie up in prayer.

Longtime intern Keannah Moore has officially become a part of the NCLS paid staff. Keannah, who has worked as an unpaid volunteer for almost two years at NCLS, has been hired as a part-time legal assistant. Keannah will replace Bethany Tope, who recently resigned from NCLS to take a job with a private law firm.

Keannah graduated from Tower Grove Christian Academy where she was Student Body President in her senior year. After graduation, she went to Evangel College in Springfield, Missouri where she became a member of RAIN, a school organization that spreads the gospel through art forms such as spoken word and drama. 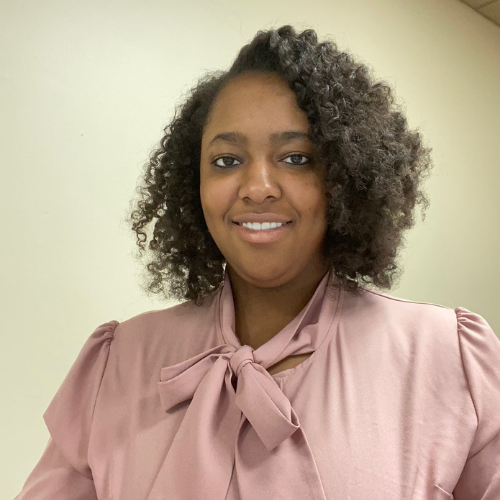 In 2019, she decided to move back home to complete her education locally. Currently, she is in her second semester as a Junior at UMSL and majors in History with a 3.85 GPA. Keannah plans on taking the LSAT this fall and going to law school in the future. She is thankful and blessed to be presented this opportunity and is excited for the plan God has for her. Keannah and her family currently worship at Equation Church in North St. Louis City.

We are sorry to lose Bethany but excited to have Keannah as part of the team at NCLS. When Keannah returns to in-person classes this Fall at UMSL, she will be available on a limited basis to work at NCLS. Please join the NCLS Board and staff in prayer as we assess our long-term needs for a full-time legal assistant.